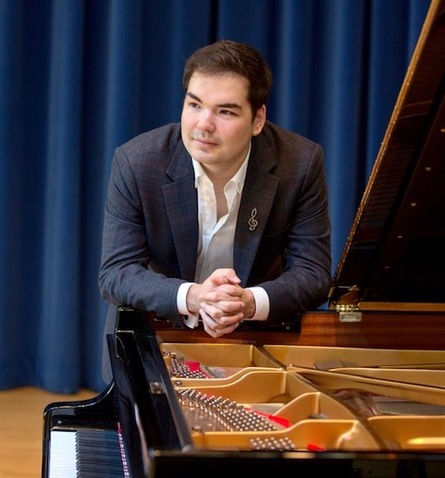 Petworth Festival celebrates a new relationship with the world-renowned Leeds International Piano Competition, whose winners since its inception in 1963 have included Murray Parahia, Dimitri Alexeev, Artur Pizarro and many other of the world’s greatest living pianists.
The winner in 2021 was Alim Beisembayev who performed Rachmaninov’s Rhapsody on a Theme of Paganini with the Royal Liverpool Philharmonic Orchestra. In a remarkable clean sweep, he also took home the medici.tv Audience Prize and the Royal Liverpool Philharmonic Society Prize for contemporary performance.
Born in Kazakhstan in 1998, Alim has already performed with the State Academic Symphony Orchestra of Russia “Evgeny Svetlanov”, Moscow State Symphony and Fort Worth Symphony, and at the Royal Festival Hall and the Wigmore Hall. During his time at the Purcell School he won several awards, including First Prize at the Junior Cliburn International Competition. Alim was taught by Tessa Nicholson at school and continued his studies with her at the Royal Academy of Music.